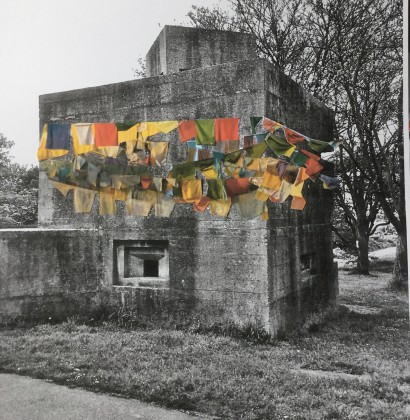 I have been selected for an artist’s commission by METAL for the inaugural ‘Estuary 2016’ arts festival…this is a fantastic opportunity to make new work in response to the powerful themes presented by the Thames Estuary. 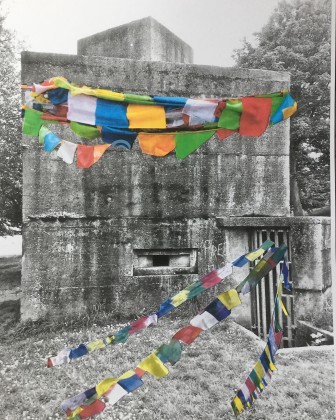 My intention is to make a site-specific installation at Coalhouse Fort – one of 3 spectacular locations for the festival which runs from 17th September – 2nd October. 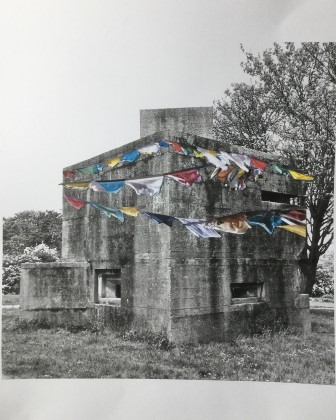 My intention is to transform the WW2 ‘Mine Control Tower’ situated just outside the walls of the fort, into a ‘stupa’ (shrine), as a reflection on Power and Protection. (a kind of ‘feminization’ of masculine militaristic authority?)

As evident in these images, the tower is a kind of Modernist Brutalist sculpture, standing as it now does in landscaped parkland, it is already divorced from its original function. Much like a ‘stupa’, it exists to protect against ‘evil forces’ and both structures stand on the edge of dwelling spaces. These military structures were ‘hard to defeat’, they had an unseen, mysterious internal space, much like a ‘stupa’. 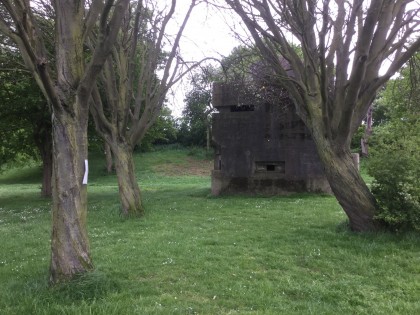 As Colehouse Fort is said to be ‘one of the most haunted places in Britain’ and regularly investigated for ‘paranormal activity’, a ‘stupa’ is a very powerful way to ‘purify negative energy – it emanates positivity far and wide’.

I will be designing and making a series of contemporary ‘pray flags’ using commercial heat-press and print manufacturing techniques eg laser-cut vinyl, holographic and metallic foil.

These will be strung all around the structure: imagery will be based on the symbolic ‘shoe as venerated object’ and will have an esoteric feel. I’m using the shoe motif in reference to 2 key themes on the Estuary:

1. The Bata shoe factory, located just down the road from Coalhouse Fort. One of the first mass-manufacture of affordable shoes with its utopian slogan of ‘Shoes for All!’ The shoe is symbol of magical transformation, as object of desire and as object of resistance…

2. The shoes excavated from the ‘London’ shipwreck (1665) off Southend Pier in 2005. These shoes and shoe parts were perfectly preserved in the Estuary mud – I will be using the ‘forensic’ scans of these relics as trope for migration and loss: the play on words of ‘sole’ and ‘soul’ is irresistible.

The installation will be supported by a live event:

1. A disembodied pre-recorded ‘mantra’ sound piece, amplified from within the structure during the day with live ‘shamanic’ electric guitar in the evening as ‘live happening’ with a spoken word ‘performance’ using a megaphone with its associations of protest and military. The ‘loudhailer’ is also a utopian trope for ‘making one’s voice heard’ to ‘the collective’.

2. Stylised rituals enacted to ‘charge up’ the ‘stupa’ ie ‘walking the perimeter’

3. A fire brazier with a ‘ceremonial burning’ of the ‘prayer flags’ at the end of the evening